It’s my second time running this race. The first time was in 2013. I registered for it as a 10K and it was changed to an untimed 4 mile run due to a heatwave. The race is for a great cause and so I had no problem adding it to my NYRR 9+1 NYC Marathon qualifier roster. Yes, I’m actually considering running the monster again in 2016.

I had to pick up my bib before the race and of course packet pick-up was clear across Central Park. The start of the race was on the East side and the bibs were on the West side. If I had thought the logistics through, I would have parked on the West side, picked up my packet and moseyed on over to the start. But NOOOOO, I parked like 153 blocks away on the East side and had to do a light jog to save time. When I finally got to the park I was mobbed by a pack of hounds. Well, not exactly mobbed and they weren’t really hounds but there were many dogs off their leashes running around me. Just when I was about to get indignant, I noticed a sign telling me I was in the dog park. So I sucked it up and walked because I always think dogs will chase me if I’m running.

I passed the starting corrals and headed west. After picking up my number, I relaxed. The announcer was stating that the seeded corrals were closing but I really didn’t care. I’m so far to the back that it doesn’t matter. So I sashayed on over to the start and went to the back. By the time I crossed the start line the race had probably been in progress for about 12 minutes or so but that didn’t matter to me because my time is measured from when I cross the start.

So off I went. But let me tell you, there were so many shenanigans going on with my running buddies in the back. My esteemed running colleagues were in no hurry. One chick stopped about 45 seconds in to take a selfie. I’m mean we’re all running elbow to elbow, heal to toe and she just BLAM, stops. I almost knocked her over. I began to think that maybe I should have hustled to get into my corral.

After awhile I settled down. Then I heard this conversation at mile 2:

Runner 2: That was rain.

I felt nothing and wasn’t worried. I’ve run some serious mileage in the rain. About two minutes later, there is a loud rumble of thunder.

I think, this doesn’t sound good but there’s a possibility that nothing will come of it. I was wronger than Donald Trump on the presidential campaign trail. The skies opened up and suddenly there was a full on torrential downpour. Let me tell you, I was not ready. Not ready at all. So now I’m trying to run up hills and my eyes are burning because leave in conditioner from my hair is dripping in my eyes. For some reason I think my sun glasses will shield my eyes from the rain, so I pull them down from off my head and put them on. This only made things worse, because now I can’t get to my eyes to wipe them with my soaking wet arm. I take the glasses off and try to run with my eyes narrowed down to little slits but there are raindrops in my eyelashes. People have stopped running and they are walking. I’m thinking they are crazy because there is lightning and all I can see around me are electronic devices and trees. I keep running. It’s an annoyed run because I’m thinking if I had gotten in my corral I would have been farther along when the rain started. 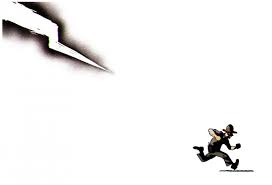 At mile three I see, through my narrow slits, a bright flash of light in a bush just ahead of me. Lawd help, the lightning is upon me. I blink away the rain water and realize it’s a race photographer standing under a tree taking pictures. Talk about dedicated. Now my feet are squelching and sloshing around in my shoes but I run on. I look down at my watch at mile 3.5 and suddenly freak out because I don’t know if my brand new Garmin is water resistant. It doesn’t look water resistant but it’s still working. I was snapped out of my panic by a loud noise … aaaarrrrrrrrrrgggggggghhhhhhhh … aaaarrrrrrgggggghhhhhh. It was the woman I was passing. She was running and moaning. She didn’t seem to be in any real distress. I guess we all have our own coping mechanisms. I realized I wasn’t looking so lovely myself. I had been running with my mouth open because I had been inhaling rain water through my nose and felt like I couldn’t breathe. Now I wasn’t sure if that was drool on my chin. At this point I was close to the end and didn’t care.

I had no big aspirations for this race but I did want to finish in under 40 minutes and with about 100 meters to go, this was a possibility if I hauled it to the line. So I picked up the pace. I had about 50 meters to go when a guy in front of me dropped his phone … and kept going. Dern, dern, dern it. I couldn’t leave it there in the rain, so I stopped to pick it up. Although, how could he not realize that he had dropped his big ole Samsung? I ran through the line to catch him and returned his phone. I start to continue straight to get to the water. That’s when I heard the volunteers telling me and everyone else to go to the left or right and evacuate the park. They were also yelling at runners who were standing under trees. No water, apple or pretzels for us. But who needs water when there’s plenty of acid rain to go around?

Later I found out that the race had been called at some point due to the thunder and lightning. I wish someone had told us. Anyway, I still had a recorded time and it was 40:01. You know I was miffed at Mr. Samsung. Anyway, it was still a P.R. since I haven’t raced this distance in a very long time. On to the next race.