This would be my last half marathon before the big dance … the NYC Marathon. With all the training that I have been doing, I figured, “Why not let loose and see what I’ve got?” But then with it being Staten Island, I was a little nervous. I’ll admit that I haven’t shown Staten Island much love in the past. So on my way to the race I had a word with SI. It went something like this:

By the time I arrived, ultra early, I was feeling pretty good about our relationship. I had to drive a portion of the race course to get to the parking garage and noticed that there was a significant incline. But I was not shaken. I had heard that the course was relatively flat with a couple of hills. No problem. Last month I ran 18 miles in my arch nemesis Central Park. This was flat with a couple of hills. This was gonna be cake and besides … 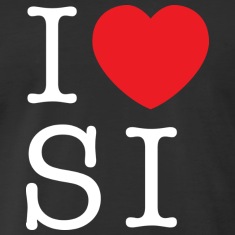 I made my way to race central, which was the Richmond County Ballpark, home of the Staten Island YANKEES. Yes, I kid you not. You read that right. Check out their logo.

Needless to say, their uniforms looked a little familiar too. But I refused to allow the creeping frown to cross my face because I was feeling good about SI and SI was feeling good about me. Also the stadium start meant that we had the honor of using real bathrooms. No porta potties today!!! And things just kept getting better. A bathroom angel tipped a few of us off that there were empty restrooms on the upper level of the stadium. So I managed to avoid standing on the obscene line that had formed. When I returned downstairs an announcement was made that the corrals were closing and for the first time that I can recall, I saw a super long line to the men’s room. I paid it forward and told some gentlemen about the upstairs restroom. Only one guy went to check it out. Oh well, more bathroom for him.

The corrals were located in the back of the stadium, right on the water with an incredible view of the Manhattan skyline. With almost 9000 runners, it took a while after the gun went off for my corral to make it to the start line. But we were off soon enough with Michael Jackson’s Thriller blaring.

I felt good. The weather was perfect. There was a small hill at the corner of the stadium. No sweat. I was feeling the love. I heart SI. Then there was another hill. Hmmm, I’m feeling like Staten Island has reached its hill quota. Next thing I know, I’m around mile 3 and I see a homeless man running across the course yelling. So I’m wondering what is all this commotion? Wait a minute, Grizzly Adams is wearing a race bib. As I get closer to him I hear him screaming, “Not another hill, who said that this was a flat course?” I look up and see a steep hill. I figure this is not the time to freak out, so I pass insane Grizzly and will him to zip his mouth. Then I put my head down and kept it moving up the hill.

So we’re moving right along, I’m keeping a decent pace and it is actually feeling quite warm out. I was fine with that because I wore a t-shirt … my favorite BGR shirt. But now we are entering a tunnel and I gotta tell ya, that thing reeked to high heavens. I was getting animal poop from it but by the time we were exiting it started to have a human touch. I started looking around at the runners for evidence but could find none. Now somewhere around here, I don’t recall whether it was before or after the tunnel, there was a noteworthy hill. The payoff on this hill was pretty sweet thought because what went up, certainly came down. I had the pleasure of enjoying the nicest downhill run ever. I looked at my watch and it told me I was going WAY too fast but my legs were moving themselves, so I went with the flow. Shortly after, the 2:10 pacer passed me. I was a little confused as to how I got in front of the 2:10 group but decided to keep them in my sight. I was doing well with that until I stopped for Gatorade and water just before mile 7. By the time I got going again the pace group was nowhere in sight. I hit the out and back turnaround point at mile 7 and felt a little relieved because I had no idea whether I had been going too fast in the first half of the race. Since I was feeling good, I felt comfortable speeding up a little with less than halfway to go.

Now I am shaking and baking, moving and grooving. I take the next couple of miles like a champ. But of course it was too good to be true because at mile 9 there stood in front of me a massive hill. I had just run right past a hydration station and was wondering if I should go back for fuel to get me over this here mountain. I realized how crazy that would be so I plugged on … and on … and on … and on up this hill. At some point I realized that this was the other side of the fabulous downhill that I had enjoyed earlier. That’s when SI got the side eye. The disdain was creeping back. I told myself to remain positive. If I love SI, SI will love me. I made it over the hill and to mile 10. All I had left was a 5K. I could do that!!!

I was back to moving and grooving. At mile 12 I started to feel a little tired but there were some lively spectators close to the marker. Thank you mile 12 cheerers. I waved at them and took some of their energy. Before I knew it I was turning the corner to the stadium and suddenly turned bionic. I could hear the bionic man music. I ran like the wind into the stadium and down the home stretch. I didn’t even care that I was running on grass. I usually hate grass, even the fake variety. A male spectator yelled, “Go BGR!!!” I smiled and rushed the finish for a new PR.

Woohoo!!! I felt good. Mostly because I could tell that the marathon training is paying off. Also, I felt physically stronger than I usually do at the end of a Half. I wasn’t hobbling or cranky and that was great. I was feeling pretty good about hilly Staten Island. Then I got in my car, made a left out of the parking lot and lost all that loving feeling. It took me about 45 minutes to drive 3 blocks. We almost made it SI, we almost made it.

Less than three weeks to the marathon. Stay tuned.

First Full MarathonNovember 2nd, 2014
I can do all things through Christ who strengthens me.
%d bloggers like this: